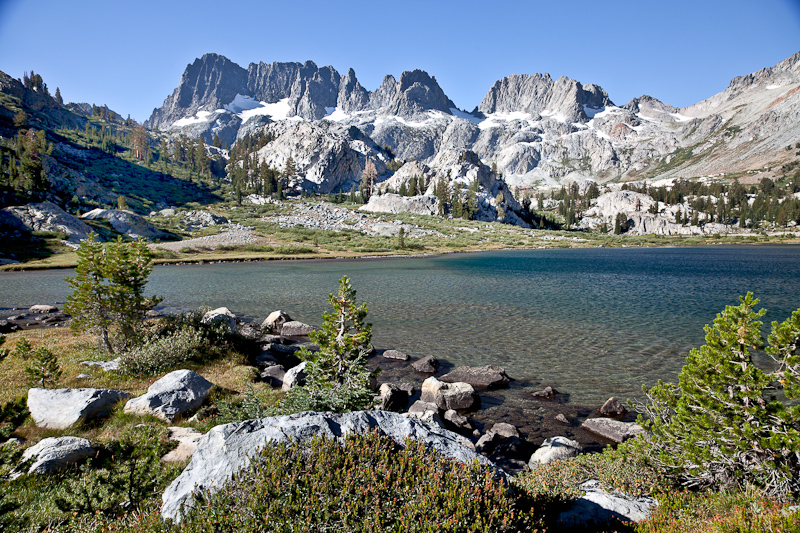 In Early September my backpacking companion and I hiked to the the head waters of the San Joaquin River which is fed on the eastern slope of the Minarets by Thousand Island Lake, Garnet Lake and Shadow Creek from Ediza and Shadow Lakes.

The Minarets are a series of jagged peaks located in the Ritter Range, a sub-range of the Sierra Nevada Mountains in the state of California. They are easily viewed from Minaret Summit, which is accessible by auto. The peaks bear a certain resemblance to the minarets of Islamic mosques. Collectively, they form an arête, and are a prominent feature in the Ansel Adams Wilderness which was known as the Minaret Wilderness until it was renamed in honor of Ansel Adams in 1984.

The peaks were named in 1868 by the California Geographical Survey, which reported: “To the south of Mount Ritter are some grand pinnacles of granite, very lofty and apparently inaccessible, to which we gave the name of ‘the Minarets.'” 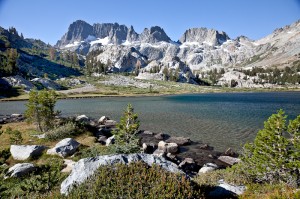 The Minarets as seen from Lake Ediza