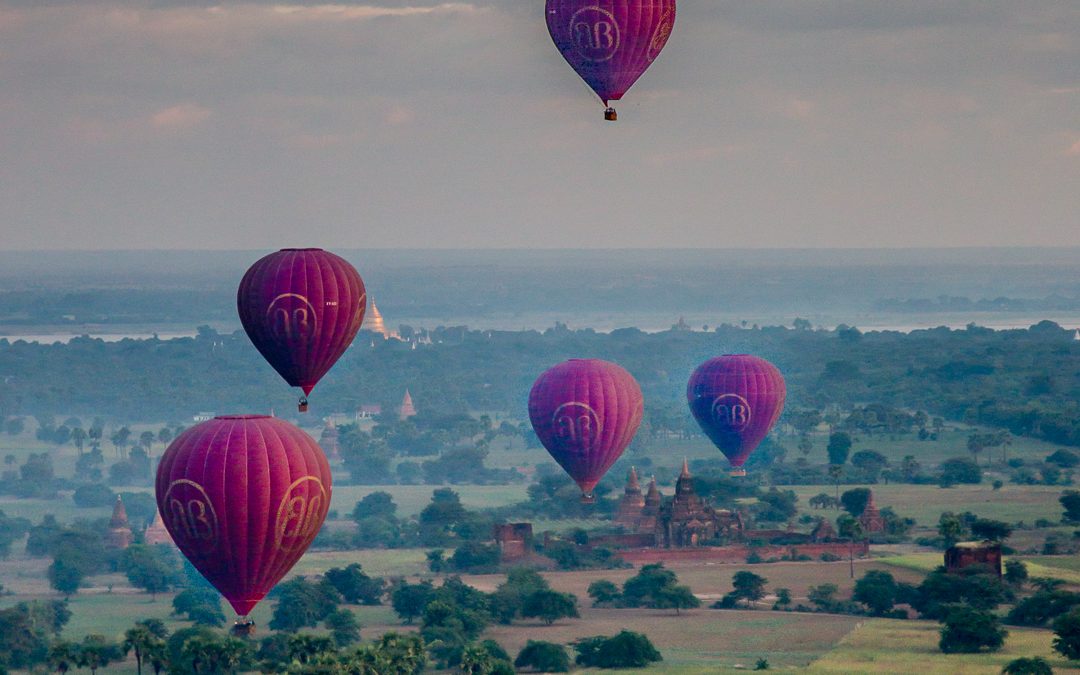 Bagan (formerly Pagan) is an ancient city located in the Mandalay Region of Burma (Myanmar). From the 9th to 13th centuries, the city was the capital of the Kingdom of Pagan, the first kingdom to unify the regions that would later constitute modern Myanmar. During the kingdom’s height between the 11th and 13th centuries, over 10,000 Buddhist temples, pagodas and monasteries were constructed in the Bagan plains alone, of which the remains of over 2200 temples and pagodas still survive to the present day.

An sunrise Balloon ride over the temples of Bagan is a fantastic way to to take in the landscape.