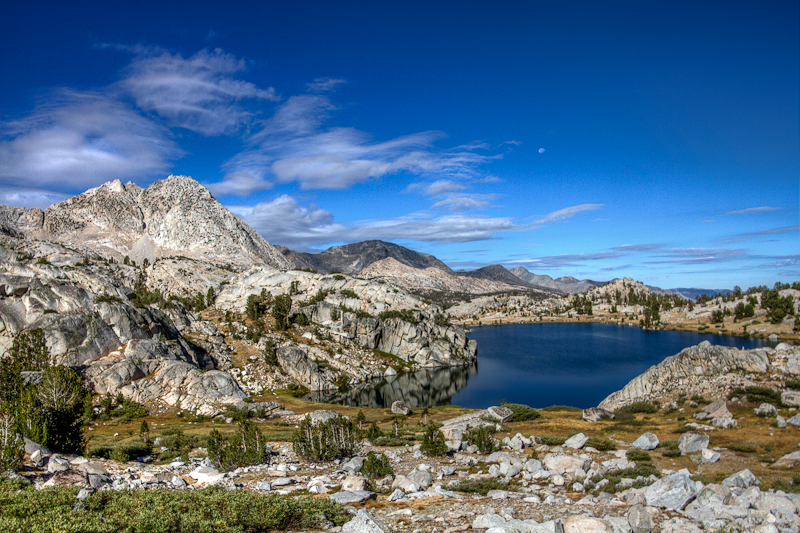 As we continued our Trek through the Sierra Nevada,  we woke to clear skys that later turned into hail and rain by the time we reached Muir pass. Muir Pass is a mountain pass in the Sierra Nevada of California, United States, in Kings Canyon National Park. It is named for John Muir.  The pass is near the midway point of the John Muir Trail, which traverses the pass. It crosses the Goddard Divide between Mount Solomons and Mount Warlow,[1] at an elevation of 11,955 feet (3,644 m). The Muir Hut, built by the Sierra Club, is at the summit of the pass.