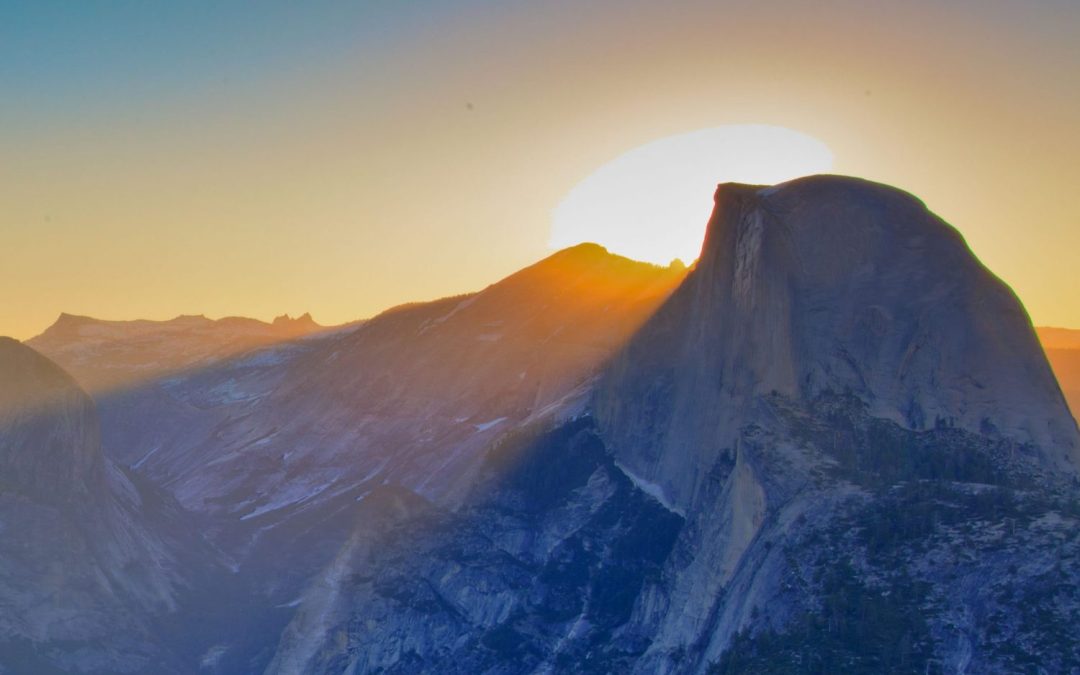 Nearing the summer solstice i had to get up very early (03:30) to make the two hour drive to Glacier Point in Yosemite National Park to arrive before the sun came up . Though i was not alone there were not may people there. (on the way out of the park there was aline at the South entrance trying to get in. I tried bracketing photos and processing them in Photomatix. I clearly need more work in this area. 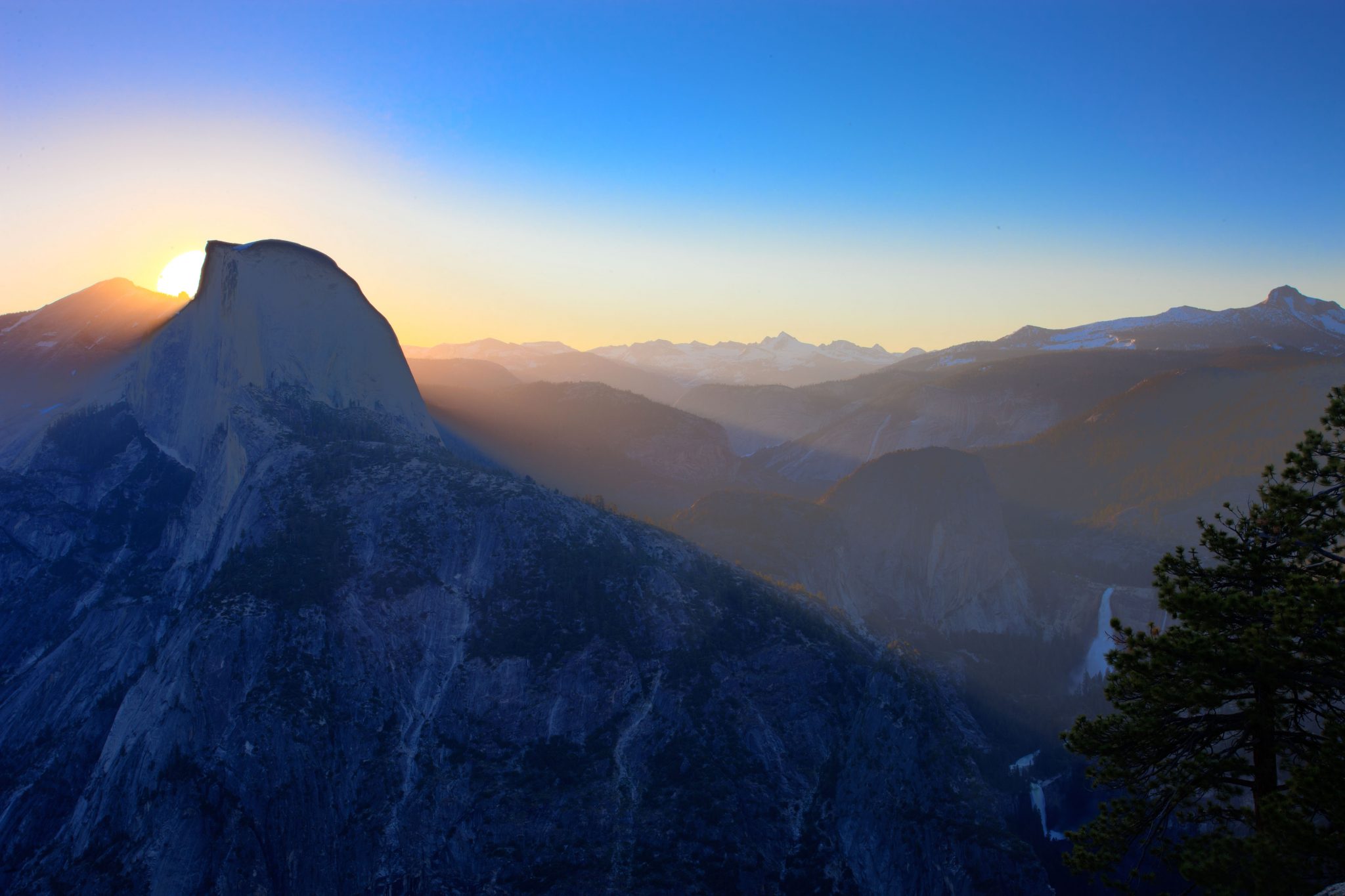 Sun Rise over Half Dome in Yosemite National Park

FIn the Photo below the first light hits North Dome as it creeps over the horizon between Couds Rest and Half dome. 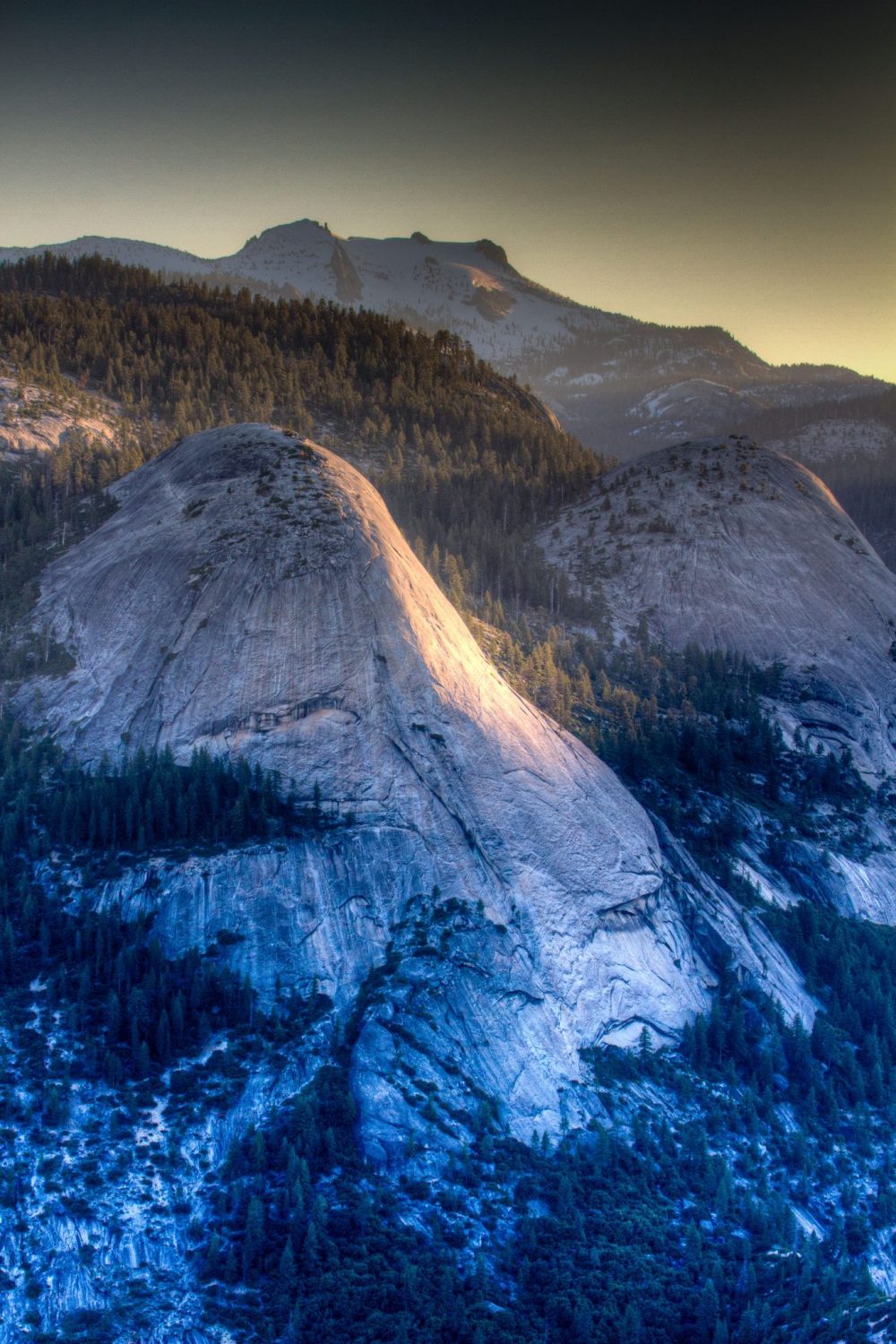 One last shot from glacier point 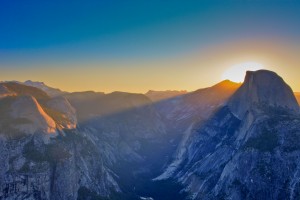