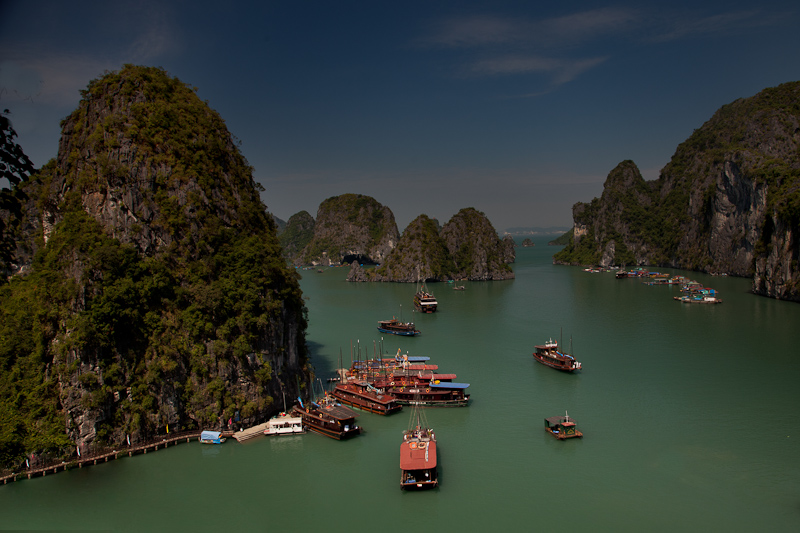 Sleep rhythms are all off. After a long day yesterday, we turned in early last night only to wake at 5 am this morning. The boat was very quiet, with no one else was stirring. It was still over cast but there was a hint of break up in the clouds. For a brief minute the sun could be seen between the horizon and the cloud layer. This was short lived how ever as the sun disappeared behind the clouds a gain. After breakfast the boat began to changes positions and low and behold the clouds began to break. By late morning the sky had cleared completely. After breakfast and another historical lecture about Halong Bay  (http://en.wikipedia.org/wiki/Halong_Bay) the boat arrived in a protected bay where a planned excursion to a Hang Sung Sot, aka… Surprise Cave. The walk through the cave was pleasant and well designed.  Later we visited one of the floating g villages and had a guided rowboat ride around the village. The ride was reminiscent of gondola rides in Venice. It is difficult to imagine living on these floating homes fishing for a living. The evening on the boat was very relaxing and quiet. The sky cleared for the day and I took over 400 pictures today. The schedule is so busy I have not had time to process any, but feel I may have captured a few representative shots. 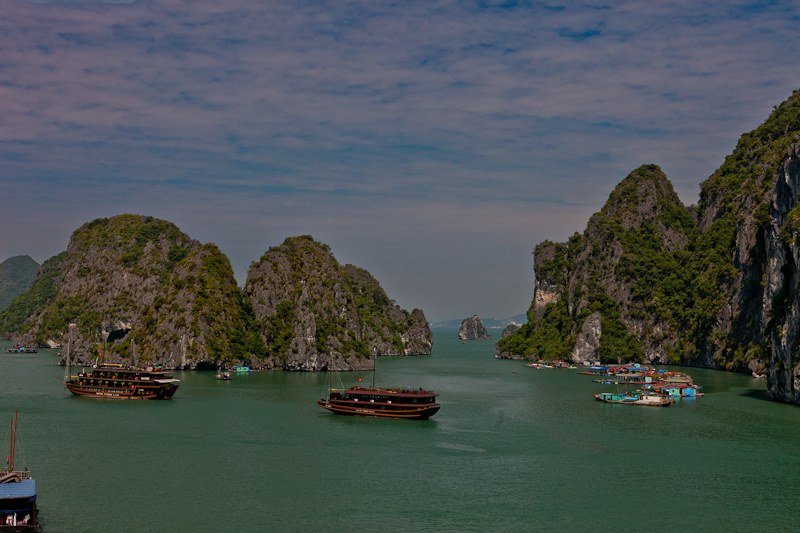