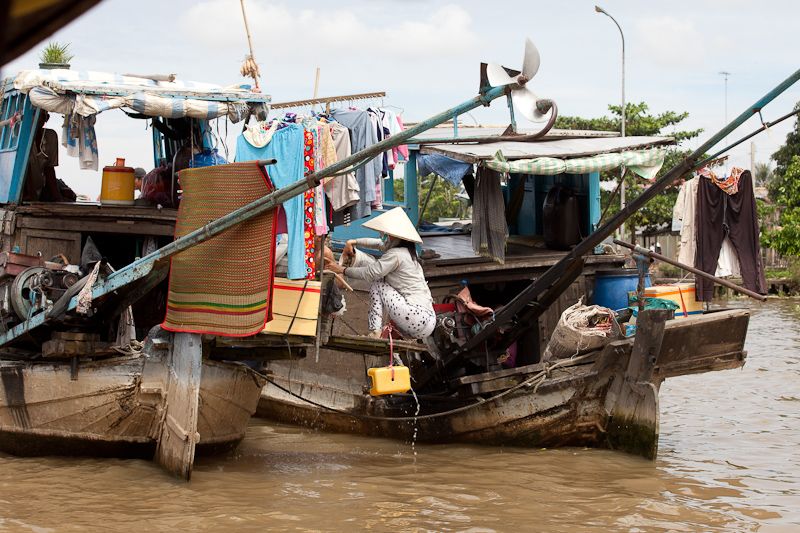 The Mekong Delta (Vietnamese: đồng bằng sông Cửu Long “Nine Dragon river delta”) is the region in southwestern Vietnam where the Mekong River approaches and empties into the sea through a network of distributaries. The Mekong delta region encompasses a large portion of southeastern Vietnam of 39,000 square kilometres (15,000 sq mi).[1] The size of the area covered by water depends on the season.

The Mekong Delta has recently been dubbed as a ‘biological treasure trove’. Over 1,000 new species have been discovered in previously unexplored areas of Mekong Delta, including a species of rat thought to be extinct.[2]

The people in this part of Vietnam are living is the past. Average income is less than $700 per year. Living in huts floating on the river, in boats, or shacks on the banks. No clean running water or bathroom facilities.

Doing laundry in the Mekong Delta 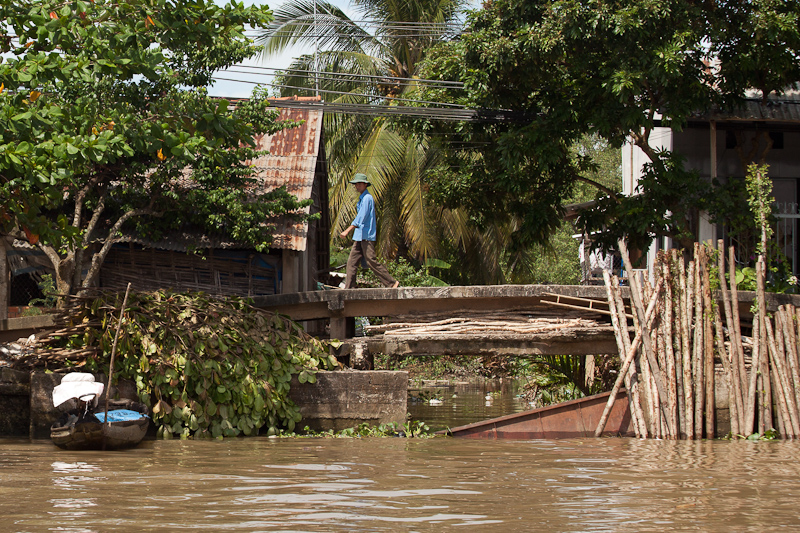 Living on the River 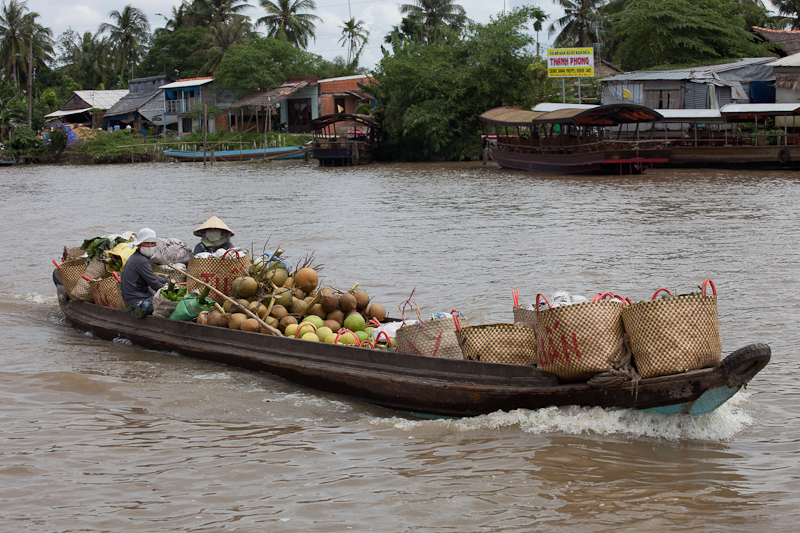 Working on the River 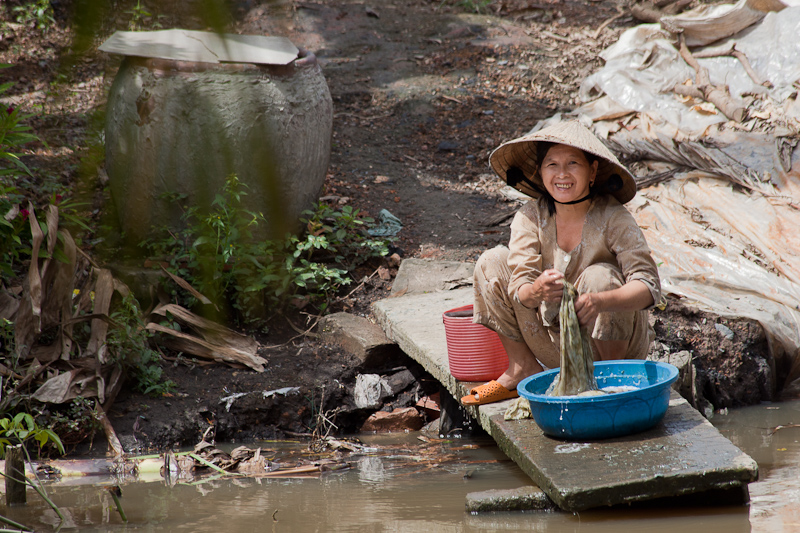 Laundry on the Mekong