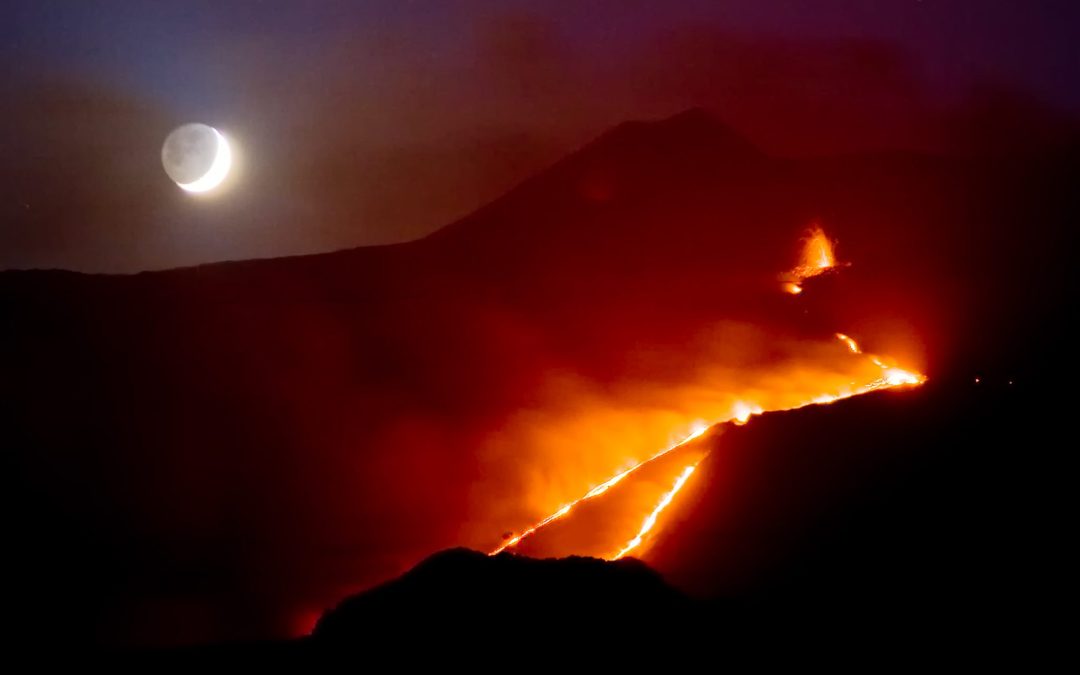 In 2008 while visiting Sicily we were staying on the eastern slopes of Mt Etna in the town of Piedmonte Etneo. Etna was giving a modest show if you could get a  view. My girls and i set out in our rent a car looking for a better view of the lava flow and happened on this view. As luck would have it the moon was about to set behind the mountain. 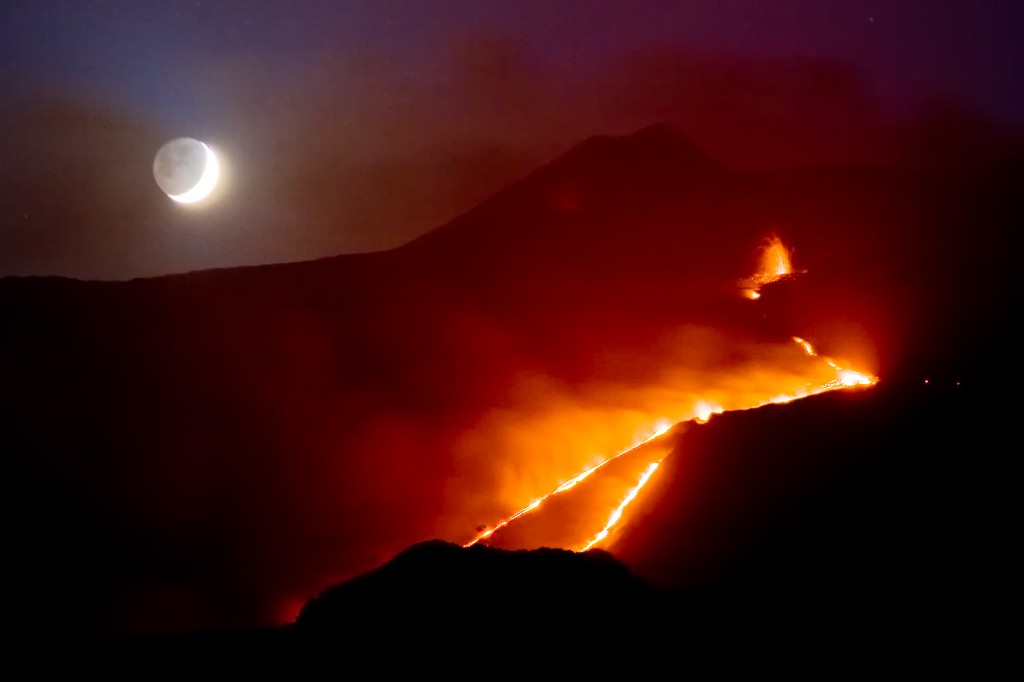 Mount Etna is an active stratovolcano on the east coast of Sicily, close to Messina and Catania. It is the tallest active volcano in Europe, currently standing 3,329 m (10,922 ft) high, though this varies with summit eruptions; the mountain is 21 m (69 ft) higher than it was in 1981.[citation needed]. It is the highest mountain in Italy south of the Alps. Etna covers an area of 1,190 km² (460 sq mi) with a basal circumference of 140 km. This makes it by far the largest of the three active volcanoes in Italy, being about two and a half times the height of the next largest, Mount Vesuvius. Only Mount Teide in Tenerife surpasses it in the whole of the European-North-African region.[2] In Greek Mythology, the deadly monster Typhon was trapped under this mountain by Zeus, the god of the sky, and the forges of Hephaestus were said to also be located underneath it.

Mount Etna is one of the most active volcanoes in the world and is in an almost constant state of activity. The fertile volcanic soils support extensive agriculture, with vineyards and orchards spread across the lower slopes of the mountain and the broad Plain of Catania to the south. Due to its history of recent activity and nearby population, Mount Etna has been designated a Decade Volcano by the United Nations.[3]