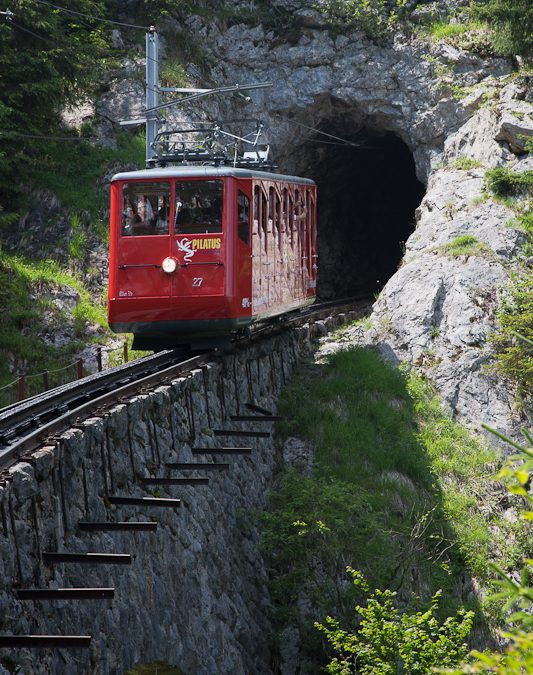 Mount Pilatus (German: Pilatus) is a mountain overlooking Lucerne in Central Switzerland. It is composed of several summits of which the highest (2,128 m) is named Tomlishorn. Another summit named Esel (2,119 m) lies just over the railway station. Jurisdiction over the massif is divided between the cantons of Obwalden, Nidwalden, and Lucerne. The main peaks are right on the border between Obwalden and Nidwalden.

The top can be reached with the Pilatus Railway, the world’s steepest cogwheel railway from Alpnachstad, operating from May to November (depending on snow conditions), and the whole year with the aerial panorama gondolas and aerial cableways from Kriens. Both summits of Tomlishorn and Esel can be reached with a trail. Mount Pilatus has the longest summer toboggan track in Switzerland (0.88 miles or 1,350 m) and the biggest suspension rope park in Central Switzerland.

During the summer, the “Golden Round Trip” – a popular route for tourists – involves taking a boat from Lucerne across Lake Lucerne to Alpnachstad, going up on the cogwheel railway, coming down on the aerial cableways and panorama gondolas, and taking a bus back to Lucerne.