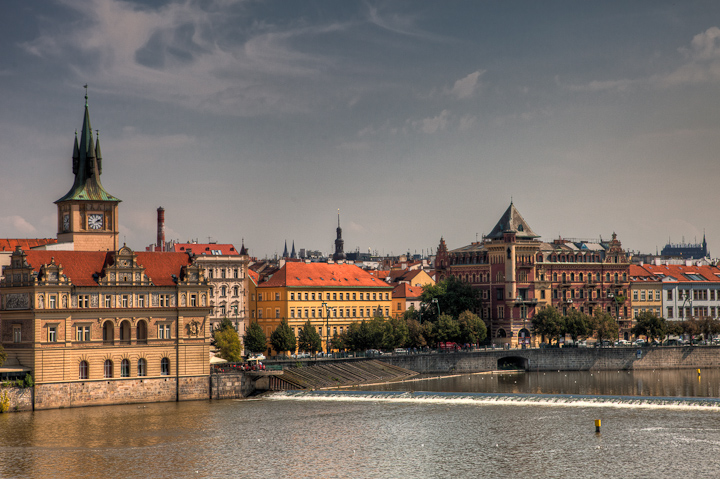 From Wikipedia, the free encyclopedia

listen)) is the capital and largest city of the Czech Republic.[4] Situated in the north-west of the country on the Vltava river, the city is home to about 1.3 million people, while its metropolitan area is estimated to have a population of over 2.3 million.[5] The city has a temperate oceanic climate with warm summers and chilly winters.

Prague has been a political, cultural and economic centre of Europe and particularly central Europe during its 1,100 year existence. For centuries, during the Gothic and Renaissance eras, Prague was the permanent seat of two Holy Roman Emperors and thus was also the capital of the Holy Roman Empire. Later it was an important city in the Habsburg Monarchy and the Austro-Hungarian Empire, and after World War I became the capital of Czechoslovakia. The city played major roles in the Protestant Reformation, the Thirty Years’ War, and in 20th-century history, during both World Wars and the post-war Communist era.

Prague is home to a number of famous cultural attractions, many of which survived the violence and destruction of twentieth century Europe. Main attractions include the following: Prague Castle, the Charles Bridge, Old Town Square, the Jewish Quarter, the Lennon Wall, and Petřín hill. Since 1992, the extensive historic centre of Prague has been included in the UNESCO list of World Heritage Sites.

Prague boasts more than ten major museums, along with countless theatres, galleries, cinemas, and other historical exhibits. Also, Prague is home to a wide range of public and private schools, including the famous Charles University. Its rich history makes it a popular tourist destination, and the city receives more than 4.1 million international visitors annually, as of 2009.[6][7] Prague is classified as a global city.

More from the daytime stroll through the city of Prague 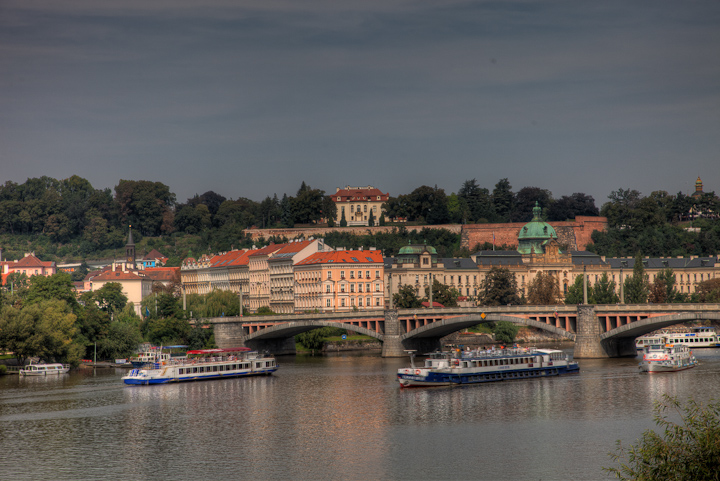 Prague, Bridge across the Vltava River

This city demanded Panorama views, this fist one was take in the middle of the day. In a later post I will put up a early evening shot.