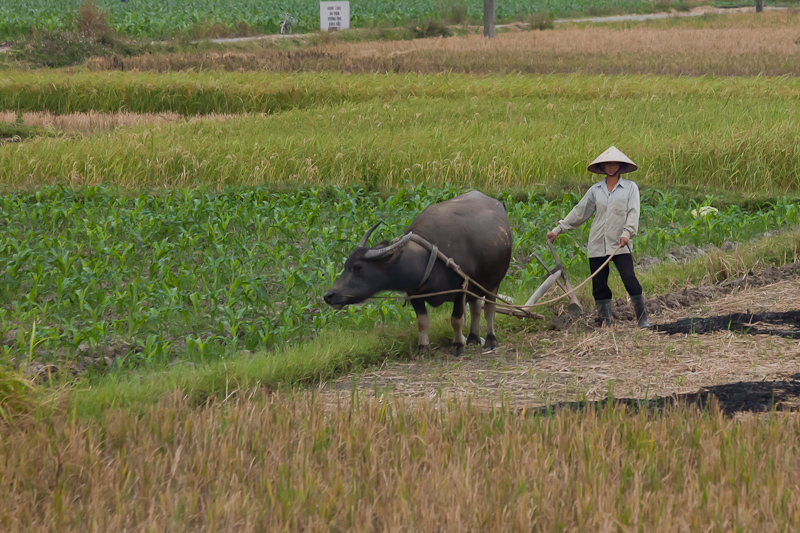 After a very long flight, which left LA at 11:50 on October 25, we arrived in Hong Kong at 6:45 am on October 27. There we spent another couple of hour’s waiting for our flight to Hanoi where we were greeted by our Road Scholar guide “Twin” (not how it is really spelled). We then took a 3-hour bus ride to meet the boat for the 2- day cruise on Ha Long bay. Along the way we drove through one small town after another. Every square inch was either built up or was being farmed. Many maybe even half of the buildings appeared to be incomplete and unfinished. Construction appeared to be going on everywhere but at a very slow pace.

Single farmers were tending the fields by hand or at the most with an ox. Plots were small and variable.

The group is larger than I expected 22 instead of 15. Virtually all retired, many schoolteacher, several nurses, one lawyer and a smattering of other professions. Gerry and I are the youngest couple in the group.

Ha Long bay which a UNESCO World Heritage Site is quite amazing. The bay is hundreds of square miles in size, with rock monoliths extending from the sea.  Our cruise boat is for our group alone. The top floor is the dining room and bar. There are 20 rooms each facing out to and outside walk way. Above the dining room is an observation deck. We boarded about 3 pm and proceed to an island called the Te Pot, which had stairs (400) to the top for a spectacular up top view of the bay. Unfortunately it was quite over cast detracting some from the visual and photographic effect.

At dusk we sailed to a protected area along with 20 other similar boats and anchored for the evening.  Both a late lunch and dinner on the boat, and were multi course meals, all sea food, shrimp, octopus, clams, fish along with rice and vegetables. The food was good, the service was excellent 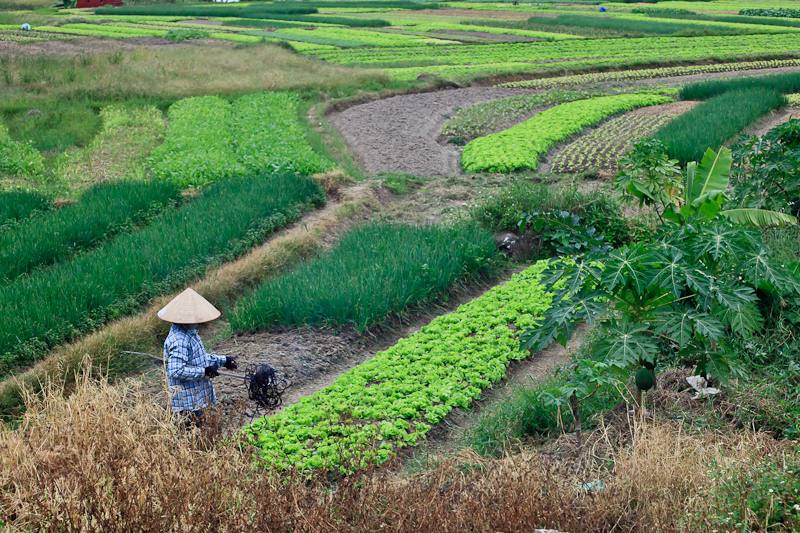